We have specialised in the needs of our customers and can therefore supply the right product for many customer-specific requirements. This presents us with a challenge every time which we gladly accept and thus find satisfactory solutions for our customers. That is what defines us.

The versatility of our product range is also apparent in the variety of our customers. Our cable drums and cable reels are used in the most diverse areas.

We are currently in the process of setting up our reference area. You can find a first application example,
including the initial situation, here for our eMobility reels. 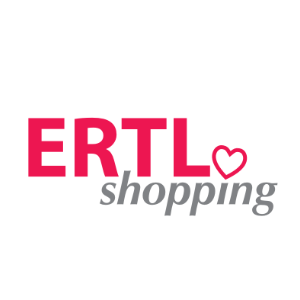 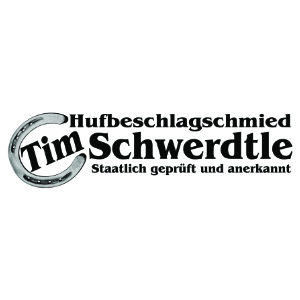 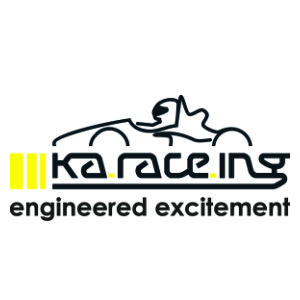 ERTL is a shopping center in Hallstadt (Germany, Bavaria). Attached to it is a specialist retail center, which also houses grocery stores. In order to offer special comfort to drivers, customers and visitors with electric vehicles, ERTL has decided to install e-charging columns in the parking deck. The columns are largely powered by a photovoltaic system on the car park roof. After receiving funding from "Bayern Innovative" for the installation of the charging columns, ERTL analysed the shopping center and the purchasing behaviour of its customers.

THE PROBLEM
ERTL came to the conclusion that customers often do their shopping first in the grocery stores across the street. Then the car, with the fully loaded cargo bay, is moved to the shopping center parking area. ERTL found the idea clearing the entire luggage compartment in order to access the charging cable supplied, quite inconvenient. Customer satisfaction is the shopping center's top priority. ERTL imagined what it would be like to drive to a combustion engine filling station and have to bring your own tap to fill up there. This idea was, of course, very impractical. Then the search began for a convenient solution for visitors to the shopping center.

THE SOLUTION
After extensive research on the internet, ERTL became aware of our charging solutions for the eMobility sector and contacted our sales team. Then we provided ERTL with samples of the reels. ERTL was not entirely happy with the first test reels. The retractor mechanism of the cable was not yet "socially acceptable" for the shopping center. ERTL worried the users would not be able to cope with the locking device of the reel. The latching mechanism has the function that it pulls the cable back into the cable reel for the cable not lie loosely on the ground as a tripping hazard. ERTL approached us with this fear. Our quality management immediately addressed the concerns. Further prototypes were produced in which the retraction mechanism was optimised according to ERTL's ideas.

THE RESULT
After several different tests, ERTL was satisfied with our product. As a result, 15 of our eMobility cable reels were installed in the car park. With this solution, the charging cable is already integrated in the cable reel. This means that the driver of an electric car does not have to bring his own charging cable, nor does it have to be "dug out" from the luggage space under all the shopping. You simply park your car in one of the parking spaces for electric vehicles. Then the plug is pulled out of the permanently mounted charging solution to the car and connected to the vehicle for charging. To start the charging process, you need a chip, a charging card or you can scan a QR code to release the installation. Payment is then made conveniently via the corresponding provider with whom you are registered. This customer friendly charging solution makes it easy to stroll through the ERLT shopping center and conveniently charge your electric car.

What  ERTL says about it:

"Even if this investment triggered a sum in the five-digit range, we opted for the Schill charging solution, because a dissatisfied customer is ultimately what a company really cannot afford. The Schill company is a partner who shares the philosophy of customer satisfaction with us. We would go this way with Schill again at any time."

You can find pictures of the application example in the picture gallery. Please scroll down. In the YouTube video from ERTL (in German), the reels and their application are clearly explained.

KA-RACEING FROM KARLSRUHE INSTITUE FOR TECHNOLOGY

KA-RaceIng is a student university group that develops two racing cars at the East Campus of the Karlsruhe Institute of Technology (KIT) and participates with them in the Formula Student design competition. With our cable drums, we support the university group both in the production work and in various tests on the race track.

To ensure smooth development and production, the university group needs reliable partners to help it equip its workshops with high-quality tools. In the process, the production of their components often presents them with heavy challenges. Different sub-teams have to work in parallel on different assemblies and need a reliable and safe power supply for this. This is guaranteed, for example, with our cable drums.

When participating in Formula Student, howewer, not only manufacturing plays a role. Testing the racing cars is also a big part of the development process. Whether validating the autonomous system or checking the function of individual assemblies, a reliable power supply directly to the race track is necessary for the commissioning of the race cars. Safety is the top priority here. Our high-quality cable drums, which are resistant to external influences suchs as a splash water, sunlight or dirt, enable responsible operation.

You can find pictures of this application example in the picture gallery below.

Do you also have an interesting application example in which our cable drums or cable reels are used?
Then please feel free to contact us.

Convenient charging of your electric vehicle with our eMobility reels. The ERTL Shopping center in Hallstadt (Germany, Bavaria) uses our charging solutions. The combination of tried-and-tested technology in cable management, power transmission and the latest charging technology, creates an optimal connection between mobility, user-friendliness and safety when dealing with charging processes.

Our products are also used in areas where you might not necessarily suspect them at first, such as in the work of a farrier. With the FT 350.0315+Thermo, the farrier supplies his entire "mobile workshop": from the drilling machine, to the grinding stand with which the horseshoes are adjusted, to the interior lighting case work has to be done in the dark. The farrier drivers to his customer's home, plugs the cable reel into the socket and can start working immediately.

The student university group of the KA-RaceIng team of the Karlsruhe Institute of Technology (KIT), based at Campus East, which takes part in the Formula Student design competition, uses our special rubber cable drums. The university team needs a reliable and safe power supply both for the production work of the two racing cars and for various tests on the race track. This is possible with our GT 310.SZ.MD3.25KS315 and the GT 380.2C516MD4.50KS315.

Do you have questions about our product range, need technical advice or are you looking for a distributor near you? Give us a call or send us an e-mail. We are happy to advise you.